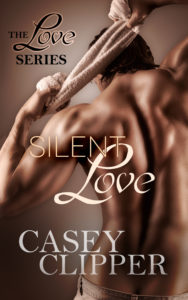 Former Navy SEAL Sean Millen has been perfectly fine with his bachelorhood until recently, when he realizes he’s unhappy with his single status. Unfortunately, his playboy reputation doesn’t offer him the type of woman that could fulfill his days and nights as well as settle into the specific life he envisions.

Four years ago, Beth Connors’ world was entirely altered. Beth spends her days trying to remain invisible in order to avoid unwanted attention. Each night she sheds grief-filled tears over the former life she once led but will never be able to regain.

When Beth literally runs into HIM. Doctor Sean Millen. A force of nature. A rock. A reputable heartbreaker, who takes an immediate interest in her, there’s no place for her to hide. But Beth’s natural instinct to push Sean away to save herself and him from the difficult task of adjusting their lives to her shortcomings is always front and center. Yet, Beth secretly longs for love. Is she strong enough to tear down the walls of her self-imposed prison?

Sean finds himself falling for a woman who is determined to reject his every advance and deny their surprisingly deep connection. Can Sean push past Beth’s concrete walls that she refuses to destroy? Or will Beth’s shocking revelation of her past prevent them from finding the love they both deserve? Or will a tragic accident pull Sean and Beth apart permanently?

*This is not a cliffhanger or cliffhanger series. Each book is about a different couple in a familiar group. It can be read as a standalone but you may just enjoy it more read with the other books in the series.

**Not suitable for under 18 years old. Contains sexual scenes.

Ryan Millen. Notorious playboy. Forever a bachelor. Never one to settle. Loves his one-night-stands. Ryan has loved his single status without any desire to settle down into a permanent relationship. Why would he? To be in a relationship requires work and sacrifice. Why go through all that trouble to make himself miserable just to make a woman happy?

Lynn is struggling to get by day-to-day. Thirty-two years old, she can’t find a job in a saturated market. She can no longer afford to pay the bills with her minimum wage job after her ex dumped her while she’d been in middle of nursing school. He walked out on her to “find himself.” Now she finds herself on her brother’s doorstep, begging for a place to stay so maybe she can find a way to crawl out of the hole she’s been swallowed by. Embarrassed by her situation, she vows never to become dependant on a man again.

Ryan’s world is turned upside down when one of his one-nighters throws a wrench into his perfect single life. He loses himself not knowing how to handle a situation he never wanted. His life spins out of control, about to lose his job and his mind.

Will Ryan’s new world destroy him or can he accept it and move forward with a chance for a life he’d never planned, but if he embraces could open up his heart for an unexpected surprise. Can Lynn save Ryan from himself? Can Lynn allow herself to open up to Ryan and trust again? What happens when they push against the natural draw they have towards one another?

And what happens when Ryan’s one-nighter reappears, set out for revenge?

*This is not a cliffhanger or cliffhanger series. This can be read as a standalone but you might enjoy it more with read as part of the series.

**Not suitable for under 18 years of age due to sexual content and some violence. 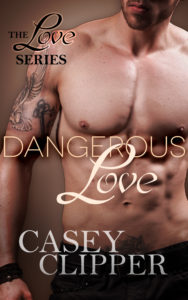 Derk Forester is a man who’s used to getting what he wants when he wants. He takes, conquers, then saunters away in all aspects of his life – work and play. Years embedded deep in the mob and a sour taste for relationships, he has zero desire to find a permanent partner to make a home with. His carefree lifestyle leaves him with a long list of inconsequential, bed-rocking, no-strings-attached women. A daily life he relishes until he meets…her. The one woman who could alter his world. The one woman he can’t get out of his head. The one woman who could bring him to his knees. The one woman that could be used against him.

If it wasn’t for bad luck, Mackenzie Hiland would have no luck at all. A cheating husband, shafted by the courts, no money or home, her life is a dismal list of horrible choices and even worse consequences. After acknowledging she needs to change her decision making skills, Mackenzie can’t help but to be lured in by the dangerous man, who’s taken an interest in her and is blatant in his desire to get her into his bed. Despite the fact she tries to distance herself from Derk, he refuses her rejections. Will Derk become another addition to the long list of regretful decisions she’s made? Could Derk possibly be the man that doesn’t screw her over? Or will Derk be the one choice that finally takes her to a point of no return?

*Dangerous Love is book 3 of The Love Series. Though this is not a cliffhanger series and the novel can be read as a standalone, though you might find it more enjoyable to read the entire series.

**Warning: Not suitable for under 18 yrs of age. Contains strong language, violence, and sex.

The contemporary romance The Love Series comes to a conclusion with Taken Love. Questions will be answered, relationships and lives hang in the balance, and everything you thought you knew about the Murphy family will be turned inside out in the matter of one tragic event.

Smith has worked for the Murphy family for years. A powerful and dangerous organized crime family that rules the Northeast. He spends his days and nights with only one goal, to get through to the next day, watching his boss’s back. A past he avoids at all costs leaves him with a cold, lonely bed and no possibility of future relationships. Until she needs his help. His good conscious won’t allow the young woman to pay for her mother’s indiscretions. One rash decision has him doing the one thing he’s never done in all the years he’s worked for the Murphy family.

Cara O’Hara has lived a hard life. A life altered by her father’s death when she was a young girl. Now she spends her days trying to care for her mother, who’s lost to a world of drugs, alcohol, and sex. Cara has nothing. No friends, relationships, or any semblance of a normal life. But nothing prepares her for the threat that Cara’s mother has now hindered her with. A debt her mother owes but can’t repay. A debt that the collectors decide taking Cara as payment is perfectly acceptable. She unexpectedly finds herself fighting for her life, literally, as she’s dragged from her home and shoved in to the trunk of a car. In that moment, her life is forever changed.

Can Smith help save Cara from the men who will inevitably end up placing her in an early grave? Will Cara’s overwhelming presence distract Smith from the mundane life he’s created for himself? What happens when both their worlds collide on an unexpected and unwelcome course? How does Smith handle his attraction to the beautiful woman whose life he’s devoted to saving? How does Cara deal with a man who’s closed off in every way? And what happens when the men who want Cara seek revenge?

Everyone will pay, including those important figures in the Murphy family.

**Warning: Taken Love consists of some “I knew it!”, “OMG”, and “I hate that man!” moments. This is a contemporary romance, which involves the mob and isn’t always pretty. There is some form of violence in this story (mild compared to other romance novels but still present). If you don’t think that’ll be to your liking, please do not read this novel.

A mob boss and the woman he loves, a secret that needs revealed, a brother and his undying loyalty, and a psychotic obsession, all lead to one moment that forever changes the Murphy family.

Darren Murphy is a man not to be reckoned with. A man with power and wealth. A man who runs the largest crime organization in the Northeast. A man who has one weakness – Courtney.

Courtney Millen is a woman who’s been through hell. She spent years in an abusive relationship until Darren Murphy took an interest in her, saving her life. Literally. But she’s spent years holding Darren at bay, refusing a full commitment.

Derrick Murphy is an attorney with only one client – his brother, the notorious crime boss. His time is spent making sure Darren and his men stay out of prison. He spends his nights alone, having only room for one woman in his life. But that woman belongs to his brother.

Darren manages to keep his “business” a secret from Courtney. Until someone becomes obsessed with the woman he loves, setting off a string of events that tests Darren and Courtney’s relationship. Courtney finds herself in a series of life changing events, including one that will forever alter her. Derrick finds himself on a course he never expected, picking up the pieces of a shattered world, including Courtney’s.

Will Darren be able to get Courtney down the aisle so she can never leave him? Will Courtney’s demons from her past prevent her from saying yes to the man she loves? What will Courtney do when she finds out about Darren’s illegal businesses? What happens when an unhealthy obsession turns deadly? How will Derrick help to transform Courtney, as well as show the world of organized crime he truly is the one man that no one should cross?