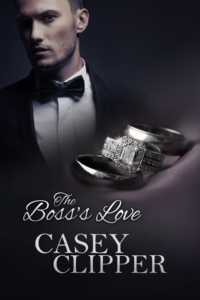 A mob boss and the woman he loves, a secret that needs to be revealed, a brother and his undying loyalty, and a psychotic obsession, all lead to one moment that forever changes the Murphy family.

The Boss’s Love
Darren Murphy is a man not to be reckoned with. A man with power and wealth. A man who runs the largest crime organization in the Northeast. A man who has one weakness. Courtney.

Courtney Millen is a woman who’s been through hell. She spent years in an abusive relationship until Darren Murphy took an interest in her. Saving her life. Literally. But she’s spent years holding Darren at bay, refusing his marriage proposals.

Derrick Murphy is an attorney with only one client. His brother, the notorious crime boss. His time is spent making sure Darren and his men stay out of prison. He spends his nights alone, having only room for one woman in his life. But that woman belongs to his brother.

Darren manages to keep his “business” a secret from Courtney. Until someone becomes obsessed with the woman he loves, setting off a string of events that tests Darren and Courtney’s relationship. Courtney finds herself in a series of life changing events, including one that will forever alter her. Derrick finds himself on a course he never expected, picking up the pieces of a shattered world, including Courtney’s.

Will Darren be able to get Courtney down the aisle so she can never leave him? Will Courtney’s demons from her past prevent her from saying yes to the man she loves? What will Courtney do when she finds out about Darren’s illegal businesses? What happens when an unhealthy obsession turns deadly? How will Derrick help to transform Courtney, as well as show the world of organized crime he truly is the one man that no one should cross?

Look for the reissue of The Boss’s Love coming soon! 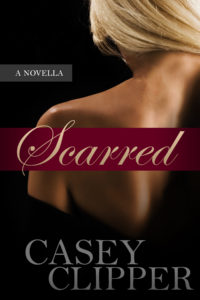 Warning: This romance contains dark themes and is considered to be in the dark romance genre, though mild compared to some novels in the genre.

Logan Harrison is wealthy, successful, extremely good looking, focused, kind, and has the husband bug. The total male package for any woman. Missing from his perfect life he has made for himself…a wife and kids. The problem is he can’t find what he wants living in Vegas. Logan meets the woman of his dreams at, of all places, a bachelor party. Logan wants her from the moment he watches the woman walk into the room.

Rachel Ryan is a player. A beautiful player, breaking hearts and not thinking twice about it. She won’t be tied down by a relationship and suffer the hurt that comes with the commitment. That is, until she meets Logan and he forces himself into her life. Rachel tries to convince herself she can’t fall for Logan Harrison. Rachel’s past won’t allow her to be the entire package Logan desires. When Rachel finally realizes she may be head-over-heels for Logan, and can’t give him what he wants, she loses herself in self-destruction.

Rachel’s past, which has made her who she is, haunts her and when Logan learns the truth about that past, his dreams are shattered. Within forty-eight hours, thoughtless choices and decisions make their bleak future a past novelty.

**Warning: Contains violent, graphic scenes. This romance has dark themes. Not suitable for under 18 years old.

Do NOT follow this link or you will be banned from the site!