Contemporary Romance Author Casey Clipper introduces you to her Lunchtime Read Collection. A series about five brothers, each story perfect for your lunch break or while waiting to pick the kids up from dance class, baseball practice, or wherever else you may be stuck in the car, at the office, airport, etc with time on your hands but need to fill that void. Each story is a standalone. 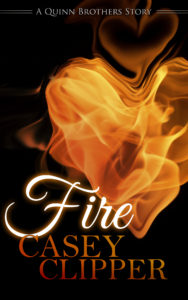 Liam Quinn is a man who’s been going through the motions for the past year. Since the day the love of his life walked out the door over his reckless behavior as a firefighter, he hasn’t been the same. Even with the encouragement of his four brothers to move on, he can’t find it in himself to get past the heartbreak.

Until she unexpectedly walks back into his life.

Will she give him a second chance or will he finally be faced with the harsh reality that he must move on…without her?

**May not be suitable for under 18 years of age, contains sexual scenes. 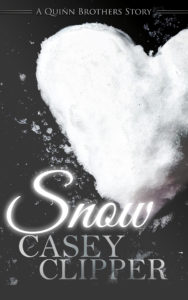 Brayden Quinn is the youngest of the five brothers. Always treated with kid gloves and coddled, as if he was precious glass, his life has been sheltered as he’s remained hidden from the world, afraid of how others may perceive him. Though he can’t place all the blame on his siblings, his deep rooted self-doubt is something that controls him to the point where his life has become a lonely prison.

Until Mike knocks on his door.

Can this man see through Brayden’s inner turmoil and give him a fulfilling life or will his brothers’ constant interference destroy the potential for permanent happiness?

*Contains sexual scenes. May not be suitable for under 18 years of age.
**Story 2 is a M/M contemporary romance. 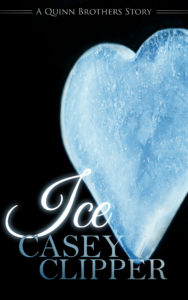 Shane Quinn is a man who’s in charge of all aspects of his life. From business to personal, he’s unwavering in his duties. As the eldest of five brothers, he’s always been the one in charge, to have the last say. Nothing rattles him. Until HR sends him an administrative assistant that disturbs his set routines.

She isn’t his normal type. She’s cute, funny, and isn’t a woman who would understand that a romp in the bedroom is just a release for him. A way to offset his need for control and to let loose his uptight demeanor. She’s the type to want something more. Something Shane isn’t willing to give. But his draw toward her innocent lure and her unacknowledged sensuality yanks at him.

Can Shane manage to keep himself away from his new employee or will he find himself falling to her feet, possibly losing a piece of what has held him together all these years? And what about the fact that her ex is hell bent on making her life a living hell? Does he want to get involved in that type of drama? 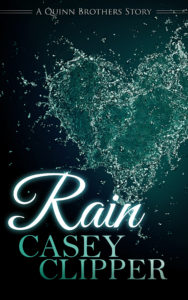 Justin Quinn has made an honest name for himself as a business owner of a garage. His long hours and grueling work doesn’t leave time for a relationship, Not that he’s really been interested in settling down. No woman has caught his attention enough to think about any sort of long term relationship. Until Jenna Malone.

Can Justin get through to Jenna and let her know that he’s a man she can count on? A man who’ll stand by her side, helping her to better herself. A man who will take on the role and responsibility as father to her young son. A man who won’t turn his back on her, like everyone else in her life. Or is Jenna just too stubborn to allow Justin in? 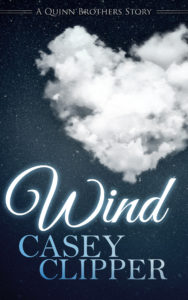 Aaron Quinn has jetted around the world, carting the wealthy to their destinations as a private jet pilot. He’s enjoyed his carefree lifestyle, not being tied down to wives and families like his brothers. Until actress Chelsea Tyler steps onto his plane.

Aaron knows his days with the biggest actress in Hollywood are numbered. It’s only a matter of time before she sends him packing. He doesn’t fit into her world. What could she possibly see in him other than a temporary reprieve from her weekly grind of filming and flying from Atlanta to Canada? Can he keep his heart sheltered from the inevitable breakup that he anticipates? Or will he be destroyed by the one woman who’s grounded him? 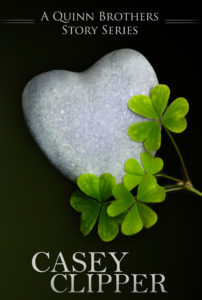 All 5 stories in one paperback edition